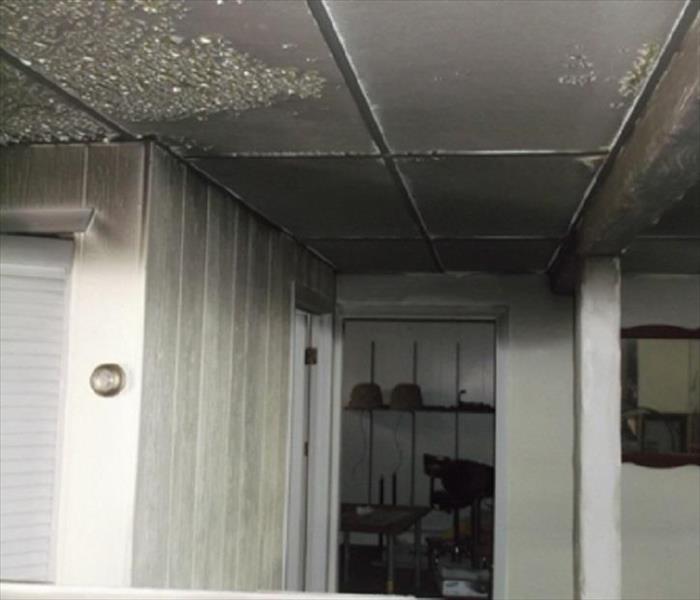 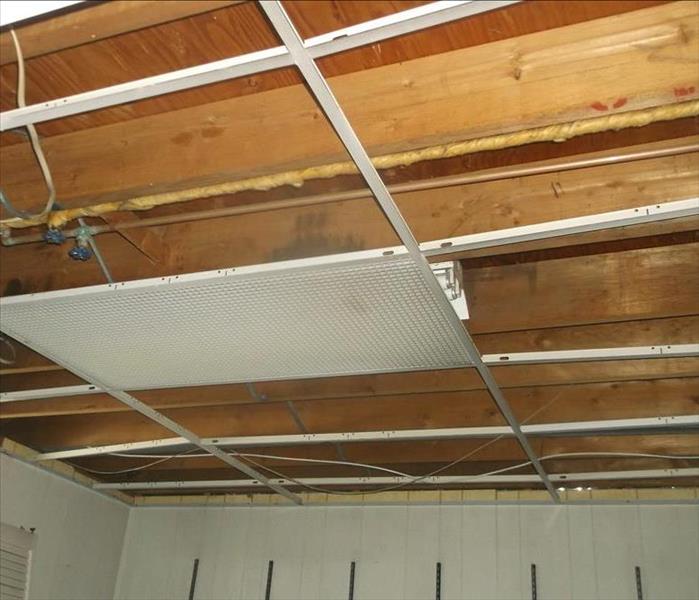 SERVPRO of Northern Rhode Island responded to a home fire in Greenville, Rhode Island, where the homeowner's downstairs office suffered tremendous damage. Luckily, firefighter's responded quickly and put out the flames. This reduced the severity of damage that the flames had the potential to create. In order to ensure that the area would be safe for the family to be around, our crews removed all of the ceiling tiles in the room, as well as the room next to it. Because the door was open when the fire started, smoke and soot traveled into the hallway, leaving a trail of damage to the walls and ceiling. In addition to this, electronics damaged from the flames and water from the firefighters were disposed of accordingly.