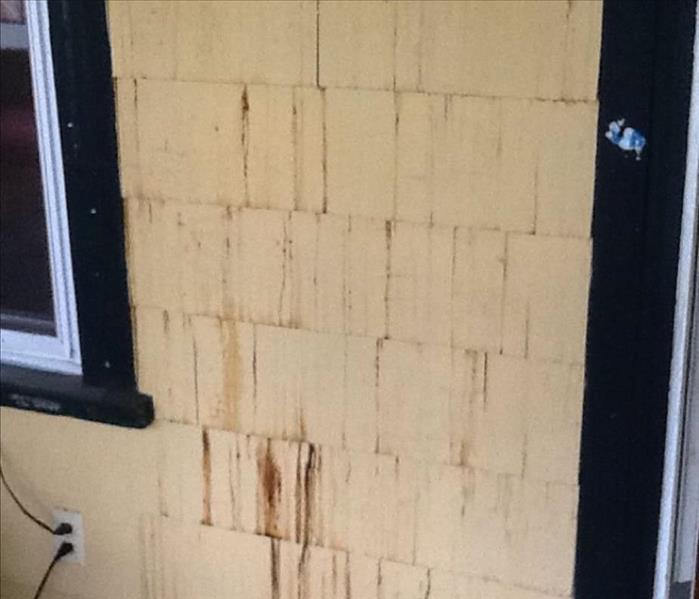 SERVPRO of Northern Rhode Island was called to this Woonsocket, Rhode Island home after a rainstorm had infiltrated the homes structure, making the home's foundation brittle and susceptible to further damage. Notice the coloring of the shingles in the before photo. Over the years, a flaw in the design had slowly been allowing water underneath. The after picture was taken only a few hours after we arrived. The wood underneath the shingles was stained very dark and had large deposits of mold growing. This mold was quite pungent and had been present on the structure for quite some time before the homeowner decided to give us a call. Happy to have finally found the source, our customer was very thrilled with the final results.